Event planning, and meet ups are typically a nightmare for me. I tend to steer clear for the sake of my sanity since there are so many moving parts. However this one was a breeze to plan since I had the help of Poshmark user @allinheels and @clairew101 who live in the area. Although it had its shortcomings (the venue I had originally booked dropped the ball and canceled on us the day before) we were still able to trudge on and move forward with the event. 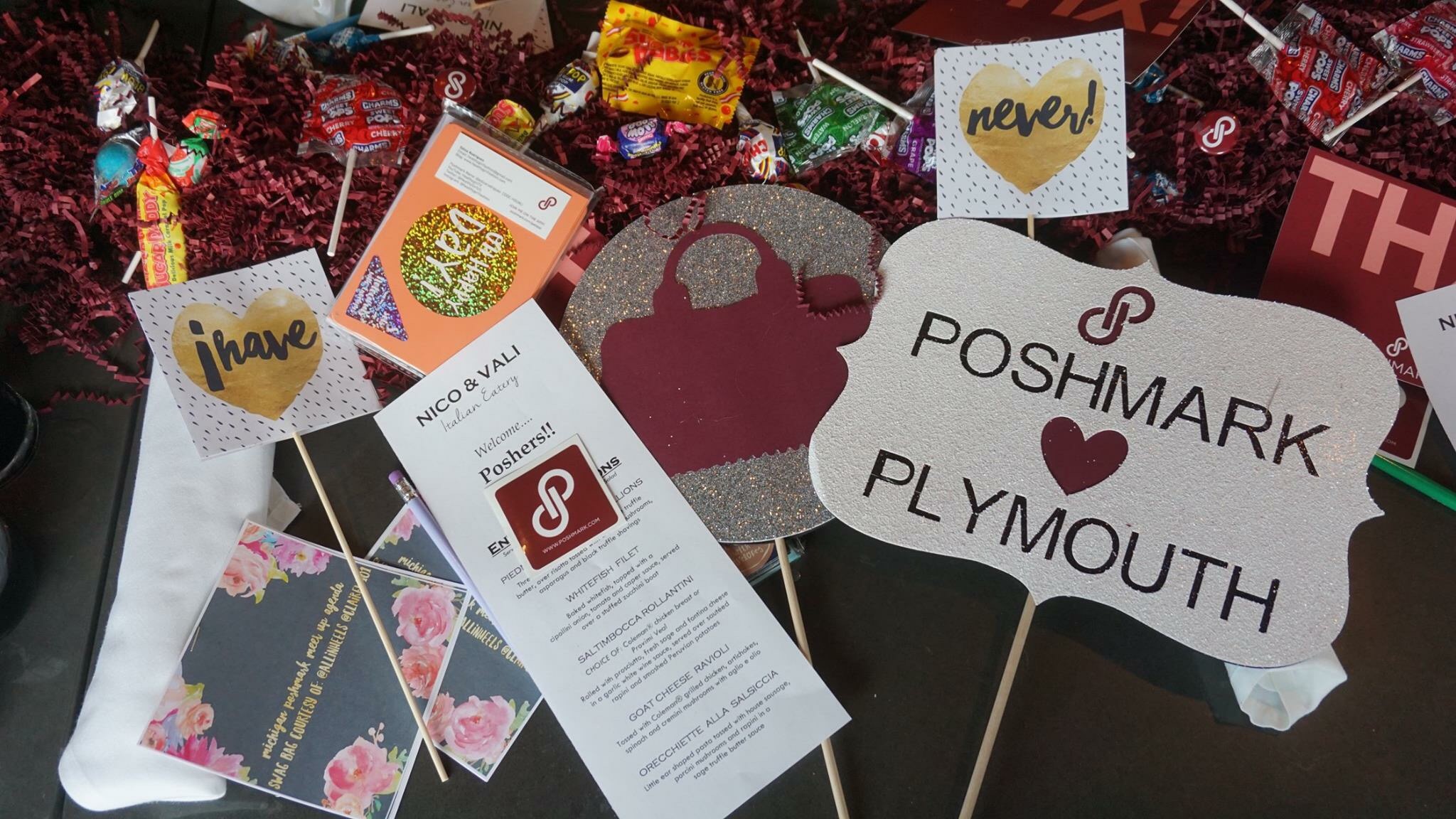 I have to say what everything that we did was above and beyond what I thought we were going to bring to the table. From the people that showed up, to the games that we played, we had a blast just talking and gabbing the evening away.

The tables were just covered in all the decorations and posh swag that was sent to us from Team Posh and some we brought and made ourselves. But there was so much stuff that it looked like a Jackson Pollock painting of just POSH! It was a pretty proud moment for us finally meeting up with some users at this event and just talk about some of the experiences that we’ve been through and how we all could relate to each other. 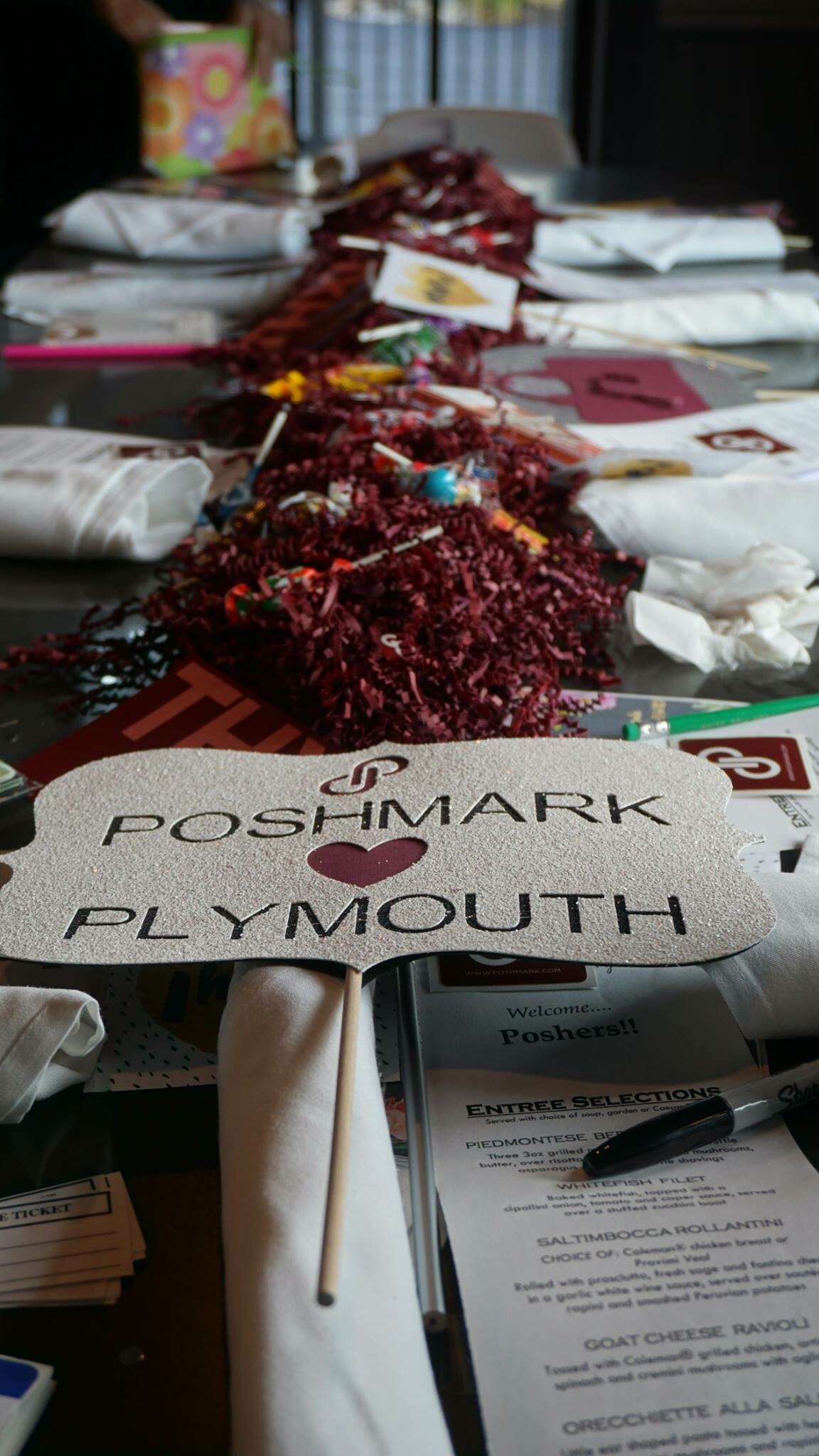 We started the evening off chatting and taking pics, not to mention hitting up the HGF snapchat story (video down below). I made an agenda of the events however we did much more than what was on schedule. 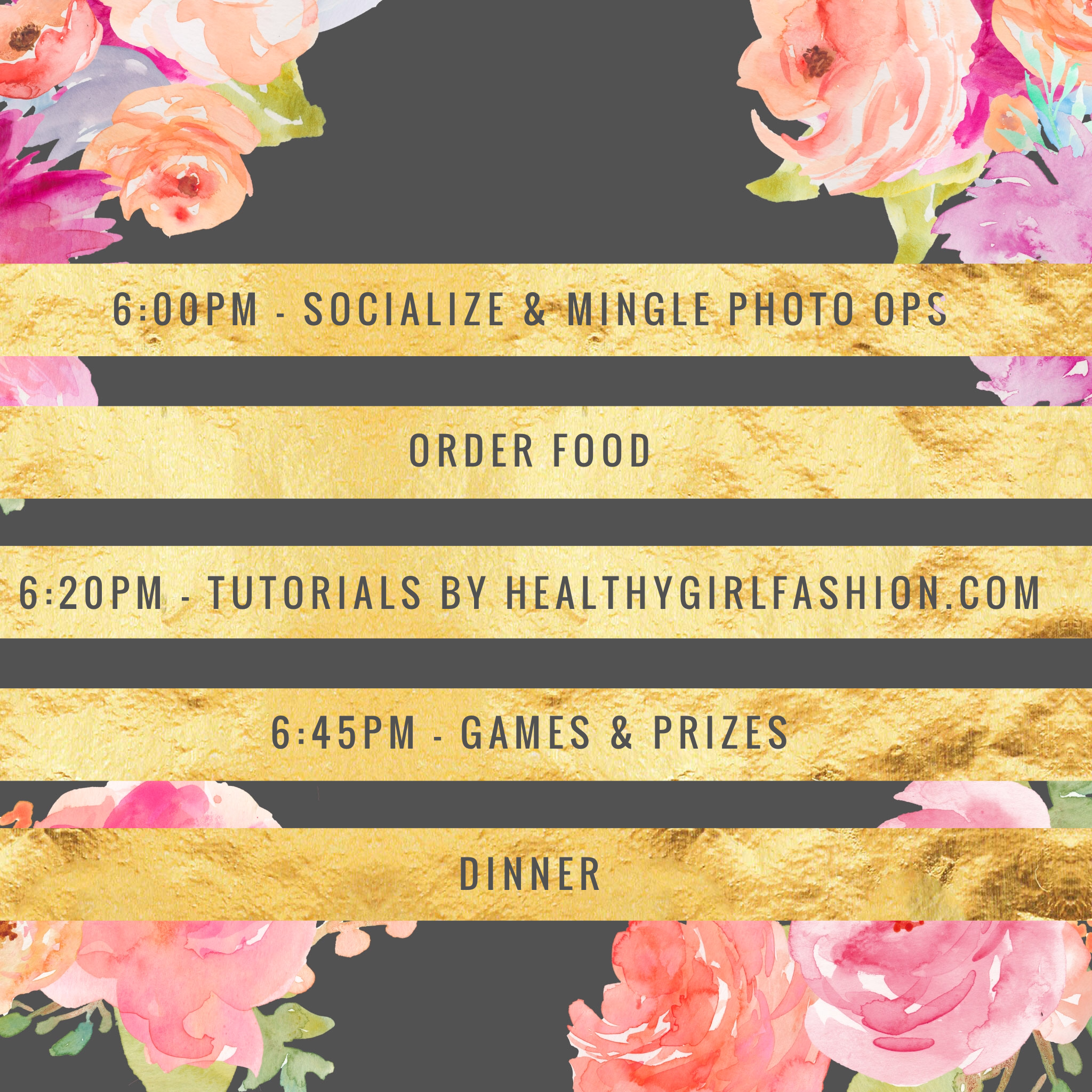 I started my tutorials on How to Buy the Best Items For Cheap and Piecing the Poshmark Puzzle Together, and this is where a private room would’ve come in handy. It was pretty hard on my voice that night trying to project across the table and for that long time. Originally we had a private room, but when that was thwarted we had to improvise.

Next we went on to GAMES!! My favorite part of the evening! We started off with a game I like to call “Never Have I Ever” but this time I made it a Poshmark edition. It’s a drinking game converted into a non-alcoholic version that had various scenarios that ranged in severity. Anywhere from: Never have I ever…lied to a buyer, to, Never have I ever… Shipped out the wrong item. Then they had to hold up a sign that either read NEVER! Or I HAVE! 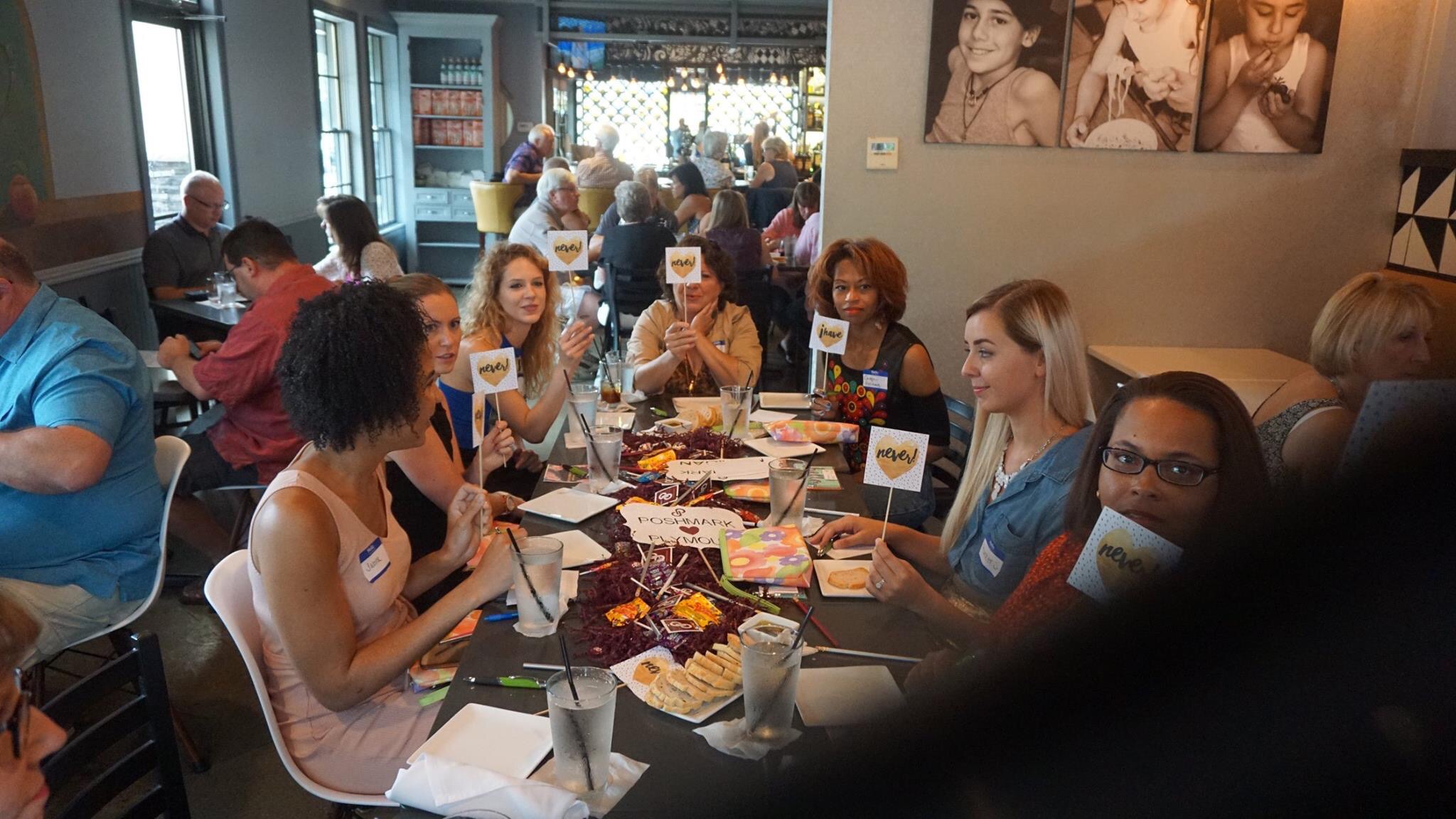 We also played What’s In my Purse?, & Poshmark Trivia. Then we had a wicked raffle with some awesome prizes courtesy of @allinheels. We had 3x $50 gift cards from Lord and Taylor as well as Clothes Mentor.

It was great meeting new poshers in the area and getting to hang out with some ones I already knew. But all in all it was one of the funner meetups that I’ve been to. If you guys are interested in the games, I’ll be posting that next so lang tight for it. I’ve made a pretty detailed video of it on YouTube so make sure to check there as well. But for now check out our snapchat story below and I hope you all have a great day!

How to Put Your Poshmark Closet on Vacation Mode

Poshmark Themed Games For Your Next Get Together

Ideas For Getting Free Inventory

5 Reasons Why You Should Join Poshmark

What To Wear To Posh Party Live