Ok I’m going to give you some very real tips about Iceland. None of the tips that are like, “Make sure to pack warm socks!” BS. I’m going to give you the tips that will help you be prepared! Ok so Iceland. It’s the movie that you feel everyone has seen, and yet you have always wanted to see. You’ve heard about it, seen people’s epic videos. You’ve thought, “Is it that big of a deal? Are those photos photoshopped? What is it really like in Iceland?” Well I’m here to tell you, that the photos never do it justice, and people tell you about all the great parts of Iceland, without telling you the not so not so great parts…and yes, it is that big of a deal!

I just got back yesterday from a very short trip to Iceland. I live in Boston, so flying to Reykjavik is like a drive to NYC, nbd. But even though I prepared for the flight & trip, with all my gear, here are a few things that people had failed to mention on their blog posts.

Alright! That’s all I have for you guys as far as tips. Those are all the tips I physically wrote down while we were driving along the Ring Road! Enjoy your trip, have fun, and one of the biggest pieces of advice I can tell you, is to NOT LOOK AT PINTEREST!!! Don’t spoil it for yourself, these things are WAY too beautiful to be ruined by a picture. Take in the beauty, take in the sights and air, and you will have an amazing trip! And speaking of Pinterest, if you found this guide helpful please oh God I need the hits, and help me out by Pinning this to Pinterest! 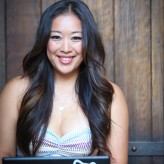